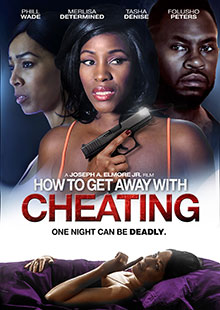 How To Get Away With Cheating

Although Professor Alex P. Keating and his wife Olivia's marriage has hit a bit of a dry spell, his professional life could not be better. Based on the success of his self help book, How To Get Away With Cheating, he is in immediate negotiations for his own television show ala Dr. Phil, and the women around the college campus where he teaches are all over him. Every thing changes when a casual fling with a sultry yet unstable woman named Fabrae, who appears out of nowhere, finds out that Professor Keating is actually happily married. Now she wants revenge, against him and everyone protecting him, including his wife.