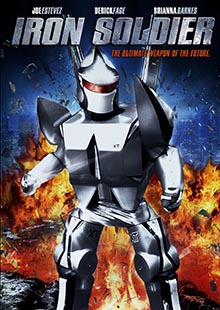 Scientists have created a robot that promises to be a powerful weapon for the U.S. Military's combat. However, a group of renegades break into the base in hopes to steal the metal solider. Now, the U.S. Armed Forces must devise a plan to prevent the robot from ending up in the hands of a foreign power and put a stop to the enemy from taking power over America.