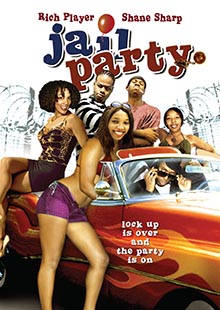 In the spirit of "Bamboozled" and "Fear of a Black Hat", "Jail Party" takes a satiric look at the urban film genre and yanks the curtain down to reveal that "hood" movies are all the same. Fresh out of prison, Yusef Porter (Shane Sharp) has a new outlook on life. In short, he wants to "get out of the hood" and take his longtime girlfriend (Antonette Terry) with him. He hopes to tell her his big plans at his 'coming home from jail party'. Unfortunately, jealous drug dealers, low-level thieves, undercover cops, and devastating secrets all collapse on him, making this a party he'll never forget.