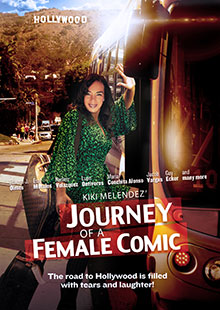 Journey of a Female Comic

The film chronicles the ups and downs of a Hollywood actress/comedian as she struggles to make it in Tinsel Town. It's a comical portrayal of what it takes to achieve success in a town where people confuse fame with greatness, with an all-star cast of some of the greatest Latino actors in Hollywood.