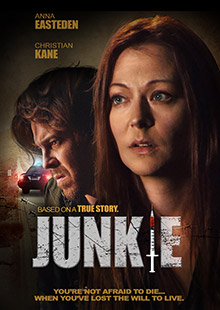 The small town of Talutha County is overrun with rampant drug use and drug dealers loitering in every alleyway. Sheriff Corbin carries out daily drug raids in an effort to clean it up, citing that local drug dealers are only the body of a larger snake - he's looking for the head. June Taylor has fallen prey to the drug windfall, and has hit rock bottom - selling her body for her next fix. Her brother Xander Taylor has made it his mission in life to save his sister from herself, so his first step is to stop the local dealers from selling to her. He confronts one of them, and shortly afterwards he goes missing. June leans on Sheriff Corbin for help and he does offer a warm shoulder. He sends out all available deputies to work on locating Xander and asks June to rest, clean up, and let him do his job. She can't seem to stop herself from taking matters into her own hands and manages to get herself into a lot of trouble. Even worse, she's causing a distraction for the deputies who are supposed to be focused on finding her brother. Realizing that she is too much of a mess to help anyone, she trades her needle in for a gun and sparks an explosive conflict with the local cartel.