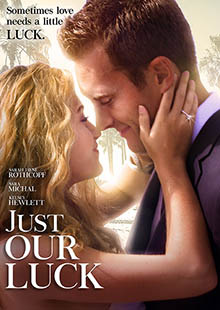 Ema shares with her two best friends the find in her fortune cookie - three fortunes in one and they all read the same - "your path to finding eternal love begins now". She reflects on being in love and believes it's just around the corner. Days go by and she becomes disenchanted as her luck in love isn't panning out. Then one day a certain someone mysteriously appears. This shatters her beliefs and Ema comes to understand that a perfect fit for one may not be the same for another.