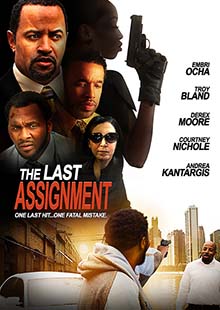 When a government assassin is asked to do one last hit before retiring for good, he finds himself befriending the target and falling in love with the target's wife and sister. When the agency finds out that he may not execute the mission as planned, it becomes a game of cat and mouse as he decides the fate of his new friend and the woman he truly loves.....who also has a dark secret.