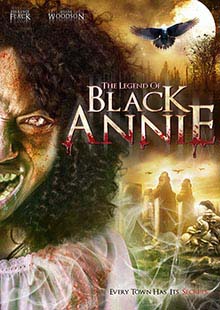 The Legend of Black Annie is a film loosely based on an urban legend. It starts in the late 1960s and ends in 2012. When a group of mischievous boys accidentally kill a young girl, her mother, who is versed in the art of voodoo, enacts revenge upon them and anyone involved in the cover-up. Local college professor Cornelius Faulk investigates the urban legend in an attempt to uncover the truth.