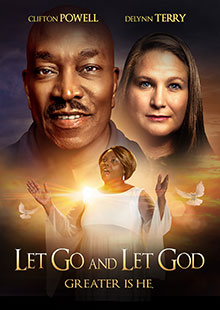 Let Go and Let God follows two people from vastly different worlds whose lives are rocked after experiencing sudden deaths in their family. They question God as a result, but find the faith they're looking for on an unexpected path.