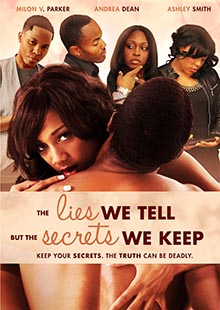 Lies We Tell but The Secrets We Keep

Roni and Bri have fallen in a forbidden love, where lies and secrets lead to the end of their relationship. Bri tries desperately to move on and forget her past love with Roni. But, she's in for an unexpected surprise when secrets are revealed and her life is now a twisted love triangle with her past.