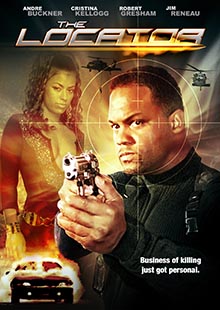 Government-trained assassin Braxton is The Locator! Hand-picked for a special taskforce, his objective is to remove any threats to the safety and stability of the United States. With blood on his hands after completing the order to eliminate his partner, Braxton loses his lust for killing. When the governments best hit man walks off the job, the order is given to bring Braxton back or take him down. On the run, Braxtons path crosses with Sara, a club dancer with an unfortunate connection to a powerful man, Max Demont. Max deals in moving illegal items, -drugs, guns, stolen merchandise, etc, and has an appetite for pretty young girls. With the US Government on one side and a crazy arms dealer on the other, Braxton is trapped right in the middle. Now the only thing for him to do is what he does best! Locate and eliminate all threats