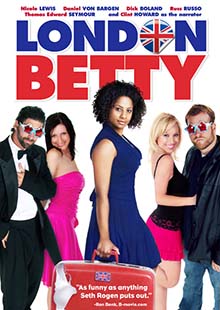 Betty has moved across the pond to become a real life American reporter, but when her first story assignment turns out to be just another fluff piece she begins to think twice about the move. Discouraged and looking for allies Betty forms an unlikely bond with the neighborhood thieves and together they set out to investigate the town's crooked Mayor. Betty might just get her first real news story, but she'll have to be in cahoots with thieves to get it.