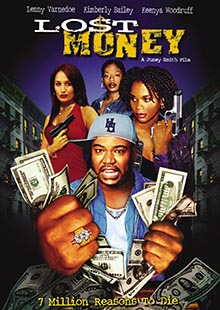 The leader of an organized criminal enterprise and four professional arm robbers pull off a successful score of seven million dollars. Along the way the money is stolen by one of the robbers, the rest of the crew wants their cut and the leader is on a killing rampage to find out who stole the stolen money. No one trusts anyone and everyone including the girlfriends put on a con trying to find the lost money.

Lost Money, is an action film set in the streets of New York with an Urban and Latino cast. Humor is laced throughout the film to give it an edge.