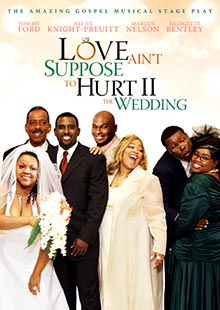 Tracie has decided to take the plunge and walk down the aisle, but an unexpected accident causes her to face yet another issue from her past. Will her bible-toting, shoot from the hip, tell it like it is, aunt Shirley be able to shed some light on Tracie's situation; or will a secret from aunt Shirley's past cloud her judgment?