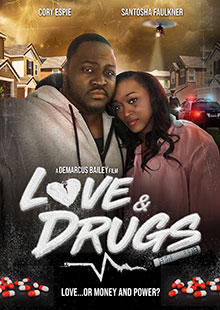 Marc was just a young guy in love, but when the love of his life humiliated him he turned to a life of crime to earn respect. That was until the day she came back into his life. Now will she love the man that he became, or does he have to change who he is. Marc has the ultimate choice: Love or Drugs.