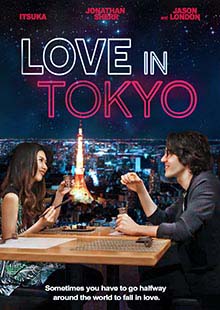 Tom is an American who moves to Tokyo on what he thinks is to be a temporary situation. He struggles to fit into the Japanese culture and hides behind the Internet. He meets Saki, a free-spirited Japanese woman who changes the way he views the world.