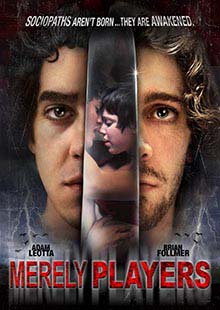 At the end of college, Adam creates a video blog satirizing his dark sense of humor. His best friend Brian, a musician persuades them to collaborate and become roommates. Brian releases his debut release to critical acclaim and moves away. Fast forward years later, issues with artistic vision and friendships arise between the two. In Brian's greatest time of need, Adam is conflicted between his loyalty to and the growing desire to retaliate.