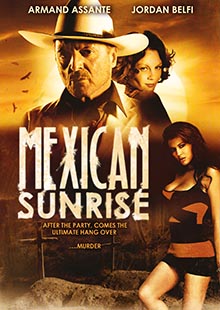 MEXICAN SUNRISE is a gripping thriller that follows five friends on a south-of-the-border bachelor party. The night starts in typical bachelor form: booze, women and reckless behavior. Along the way something goes terribly wrong. Derek, one of the groom-to-be's friends' runs in to the local drug dealer, Paco. It turns out that Derek owes him some money so Paco decides to hold the bachelor hostage while he finds money to pay his debt. The party-going tale turns tragic when he comes up short and someone has to pay the price.