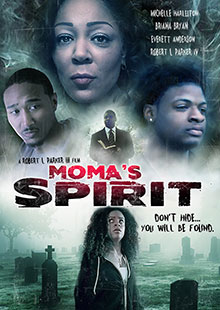 Ms. Brenda tries to keep Angel away from her talented son Cedric so he can have a future and decides to pay her to stay away. But all the while she still sneaks around to see Cedric. When Ms. Brenda dies of pneumonia, her spirit comes back later to haunt them after finding out they are together!