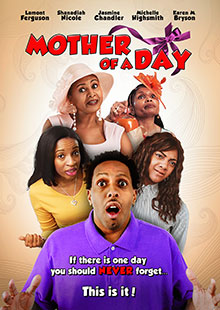 Mother Of A Day

A man who forgets his wedding anniversary angers one woman. Imagine angering four of the most important women in your life on the same day! That's what happens when one man does something unthinkable and seemingly unforgivable ...HE FORGETS MOTHER'S DAY! Ben Wilson has one hour to sneak out of his house and find adequate gifts for the four moms in his life - his wife Mary, daughter Abby, mother Ruth and mother-in-law Mother Dunbar - or face their wrath!