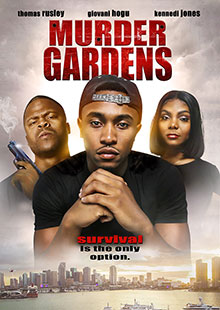 Murder Gardens is the story of Chase Washington, a 19-year-old young man whose world has been turned upside down after he leaves a comfortable home provided by his foster father for a life of crime and corruption that he's introduced to by his older brother Rell Washington. Chase ends up in the middle of a war between a notorious crew of drug dealers, corrupt politicians and local law enforcement. Determined to survive and prove that the brain is mightier than the gun, Chase finds a way to outsmart his new found enemies and keep him and his brother Rell out of prison and a graveyard.