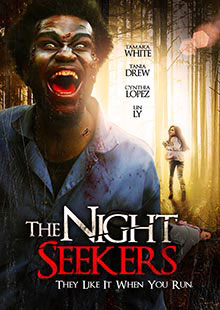 It was that time again for the friends to reunite at their yearly reunion. When they arrived to Astro Island, the people in the small town forewarned the group not to go near the forbidden zone. As the day progresses, the curiosity level of some members of the group increases and they all decide to take the risk. They decide to camp out in the forbidden zone and what happens next to some of the members in the group after their arrival remains a mystery.