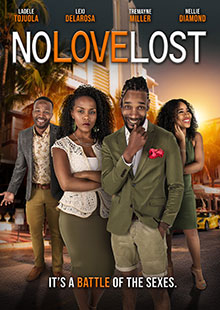 After finalizing their divorce Noah and Moriah find themselves going from lovers to roommates. Moriah has moved on already and began dating her co-worker Anthony, 6 months before the divorce was final. Noah is still in love with her but find himself falling for a waitress named Rochelle. Rochelle, with the help of his best friend Quincy, give Noah the motivation to stand up to Moriah in situations where he would be meek to say the least. Noah and Quincy also find themselves battling women issues, Quincy with his boss, Yvette, of which he's having a sexual relationship with; and Noah who battles Moriah's new man, Anthony, and Rochelle's old one, Casey.