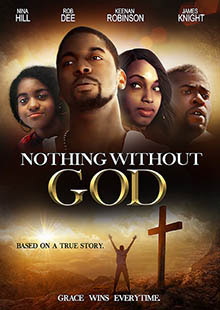 This story is a true tale of a young man accepted to college and struggling to achieve against heavy odds. Because of a drug addicted mother and absentee father, he is adopted by an abusive foster family and then bounces around from family to family. He's been told he is a failure most of his life, until he meets a teacher who helps to change the direction of his life and realize that a negative environment does not define who you will become. To rise above, he realizes that he is nothing without God's support.