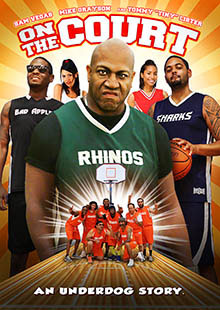 Jordan, a mysterious figure who plays basketball by himself at night, decides to join a men's basketball league thanks to the encouragement of his new friend Kevin. Together with their new team of unskilled misfits, The Oranges, they embark in a city-wide tournament to win the goal. With fierce opponents like King Cain, the Bad Apples, and more, the Oranges will need to overcome obstacles on and off the court to become the best team they can be.