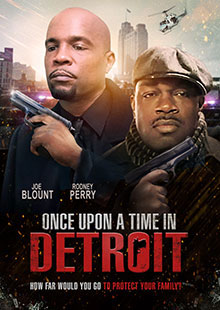 Once Upon a Time in Detroit

Defense Attorney Robert "Bobby" Johnson is on a hot streak. Having overcome his upbringing on the unforgiving streets of Detroit, Bobby is a winner. But every winner ruffles some feathers along the way, and Bobby isn't shy about sticking it to the District Attorney's office and the police. With a new love and his career taking off, nothing can stop him. That is until a family tragedy sends him down the dark, twisted path of a life of crime.