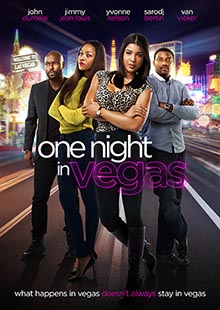 One Night in Vegas

James Foster, a man at a crossroads with himself and his marriage. After the end of a successful high profile case, James decides a trip to Vegas with his wife Genie. This is a good way to rekindle their relationship and an opportunity to say thank you to his friend, Nick for his help. When events unfold, sometimes it's best not to mix friends and passion. One Night in Vegas is a thrilling Hollywood movie about relationships, friendship and betrayal.