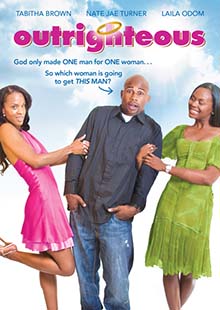 Hard working Simone and flamboyant Angela may be like fire and ice, but they still know what it means to be sistas. However, when they both fall for the same man, their life-long friendship turns into an all-out war of the most ‘outrighteous' kind. In this comical duel of good deeds will either woman get the man of their dreams?