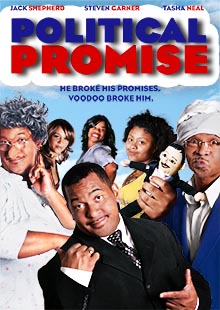 Governor Richard Tucker has made several promises that he has no intention of keeping. Crack heads still roam the streets, crime is still as rampant as the roaches, and the governor is only thinking of one thing…himself. Fed up with the lies, Mama Rose decides to take revenge on him by making a Voodoo Doll. But when the doll falls in to the hands of her grandkids, Richard gets the ride of his life. Can the Governor get the doll back in time to save his career and his life?