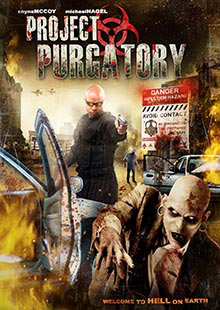 A virus manufactured by the military, code-name, Project Purgatory, accidentally wipes out mankind leaving a handful of survivors. The survivors take refuge in an abandoned complex, the dead have returned to life and they're attacking the living. The virus has turned the infected humans into raging,savage cannibals. These horrendous, creatures roam the earth in hordes looking for human flesh to feed. The survivors do their best to lead a normal life in a violent, bizarre and hostile world, when a stranger with weapons and deadly martial arts skills appears and holds answers to the deadly plague.