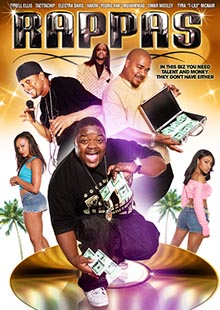 Twins Gary and Cary are set on being big time rappas…only problem is they don't have any talent! Desperate for big bucks and fame they are suckered into signing a bogus 30 album deal with Twitch Records. Now their only way out of the deal is $100,000 or pull off the biggest heist anyone has ever seen. With crazy friends and dumb luck on their side, there just might be fame and fortune in the twins' future after all.