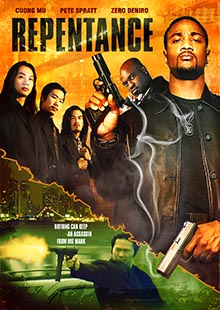 Lola, a beautiful, grief-stricken woman, seeks revenge when her baby brother is killed in a relentless Dallas gang war. She brings in Adrian Lincoln (UFC's Pete “Secret Weapon” Spratt), a martial arts expert and hit man from Los Angeles, to eliminate all those involved in the murder. By cleverly setting in motion a series of events that pits the Black and Asian crime families against one another, the assassin is able to go about his vengeful killing spree undetected in the middle of their bloody gang war. Loaded with masterful fight scenes and gun battles, this exciting action flick leads to an ultimate confrontation with Adrian set against his mentor, Daddy O, the head of the Black crime family.