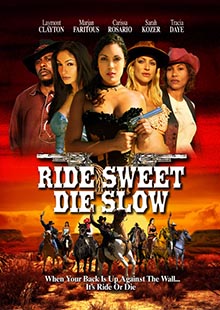 When their sister is killed by a band of outlaws, a group of sexy female gunslingers are gathered to avenge the death of one of their own. As the tension hits a fever pitch, the girls will do whatever it takes to right the wrong that has been done. War has been declared and with their backs up against the wall, it's Ride or Die!