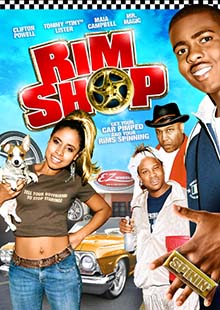 Joe Joe has just opened up his very own rim shop and things are going well until an evil loan shark comes to collect an old debt. With no money in the bank Joe Joe has 24 hours to come up with the cash or he loses everything. Looking for a little cash themselves Joe Joe's half wit friends steal a million dollar gold coin; unfortunately they only think it is worth a couple of bucks. Will Joe Joe get his hands on the extremely valuable coin before his friends sell it to the highest bidder?