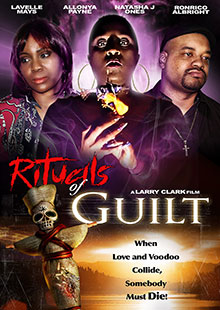 When a young black suburban woman named Mona is devastated by the death of her first husband John, little did she know that dreams of his murder and voodoo would threaten to wreck her whole life with deadly consequences! Will she ever be able to live happily ever after? Rituals Of Guilt will take you deep into the abyss of love, dreams, psychosis and voodoo!