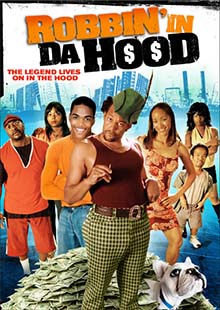 Two unsuspecting and rather inexperienced crews plan to rob the same wealthy drug dealer. As luck would have it the two crews plan their robberies for the very same day, and consequently collide at the scene of the robbery. This is one hilarious double cross you don't want to miss!