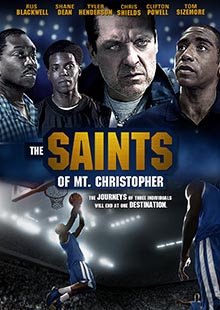 As a crowd holds their breath during a championship game, a basketball sensation falls dead. His death effectively ends the career of college basketball coaching legend, PHIL NEVERS. Two years later, the coach is looking to recover his career and reputation at the beleaguered Mt Christopher University. But will tensions and severe racial restraints hold back a man's attempt to resurrect his life and career as he tries to lead and inspire his team to victory?