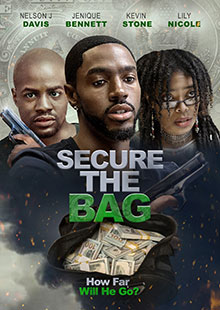 A young man named Lit loves money more than his life, friends and GOD! He is put to the test when he finds some money that came from a robbery. The ones that stole the money are in jail. Lit doesn't know they sent their friends to find the cash. How far will he go to Secure The Bag?