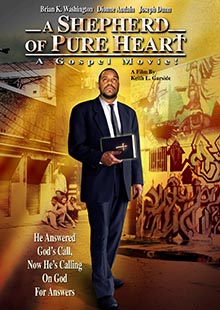 A Shepherd of Pure Heart

Evenside Church is an upstanding and venerable institution that has served African-American families in rural Maryland for 200 years. Minister Karl Upton is proud to be its young, up-and-coming assistant pastor. Karl takes the Gospel and his calling very seriously, so when God calls him to reach out to at-risk young people in his community, Karl can't say no.

The world of the poor, however, is not nearly as simple as Karl had imagined. As he brings their world into contact with his own, sparks of conflict and controversy ignite into a scandal that threatens his family, his faith, and the integrity of Evenside Church. Trapped in a web of secrets, accusations and temptations, Karl must face the shadows that haunt not only the poor, but his own family and church as well. It is a struggle he seems destined to lose - unless his faith in God's greatness can dispel the doubts that have befallen his soul and the good people of Evenside.

The first title under our new label Maverick Spirit, that cater to consumers who are looking for films that have a spiritual message. A Shepherd Of Pure Heart marks the birth of a new form of entertainment - The Gospel Movie. It's a dramatic odyssey that takes the viewer from heights of laughter to the darkness of despair.