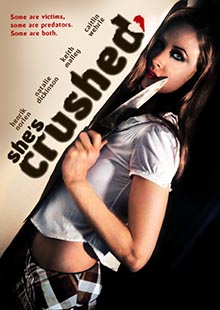 Tara sets her sights on the unassuming guy-next-door, Ray, and their innocent flirting turns into a regretful one night stand. He is hoping to put the indiscretion safely behind him, but Tara makes it horrifically clear that she is more than willing to go to extremes to keep her man. Everyone that Ray cares about will pay for his reckless decision as they are all forced into a twisted game of love, torture, and death at the hands of sadistic Tara.