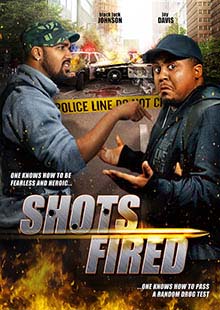 Shots Fired is an action packed comedy about two extremely opposite detectives, forced to work the biggest case of their careers. Kevin, an aggressive, burned out, thrill-seeker, has cost the city millions in damages as a result of his heroics. Marcus Banks, a weed-smoking, self-hating alcoholic who's had his uncle/captain, reprimanded on several occasions, and his fellow officers shot while on duty. Both these men have differences but they somehow work with each other to solve the murder of a world renowned scientist. Shots Fired is non-stop action/ comedy that will leave you at the edge of your seat.