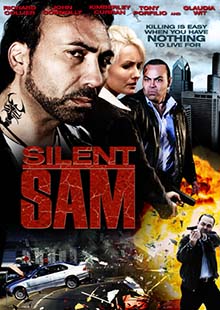 On a routine stake out things get intense when veteran cop Sam Ramirez is forced to put his gun to work, killing the Mob Boss's brother. Now, with a Mob contract on his head and a police warrant out for his arrest, Ramirez must navigate the shadows of betrayal between the mob enforcers and the police. Compelled to fight, the only thing breaking Sam's silence is the piercing sound of his gun.