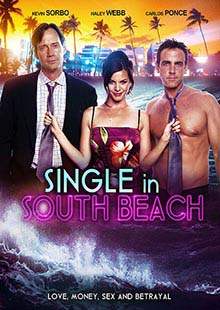 Amy, an attractive and overconfident single woman, confuses love with money and becomes victim of the materialism of South Beach. The journey through her romantic relationships starts with Nick, a down-to-earth, young architect. Amy has dreams that Nick can't fulfill, and although she loves him, she grows tired of his inability to afford the lifestyle South Beach demands. In her search for glamour and a dancing carreer, Amy meets Sam, an older, married man who lives in New York. Even though Sam provides Amy with the luxurious lifestyle she desires, she begins to feel a void for love and attention. Unwilling to let go of Sam's financial support, Amy becomes involved in a parallel relationship with Robert, who loves her but remains suspicious of her ways and motives. Amy's double life reaches a point of no return, where she discovers that in South Beach, not everything is as good as it looks.