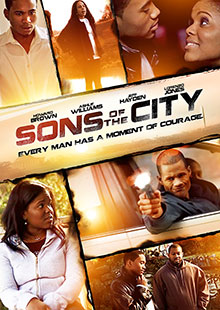 Sons Of The City

Sons of the City tells the story of Joe Young, an inner city college student with a bright future thrown into a war he does not want to fight yet cannot find the courage to leave. More than a coming of age film about urban decay, Sons of the City is about a young man's psychological and emotional journey as he deals with romance, violence, drugs, and urban culture. As Joe becomes increasingly aware of the forces affecting his life he finds the courage to go against accepted norms, break old traditions and make new commitments.