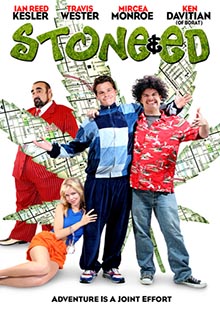 It's just another hazy day for Stone and his brother Ed until they unwittingly discover they may not be brothers after all! With the help of their neighbors Stone and Ed set out on a quest to find Stone's mother. Along the way this wacky duo encounters a cast of zany characters and out of this world adventures. Somehow Stone and Ed end up in the middle of a dangerous game of cat and mouse between Mexico's largest drug lord and the C.I.A.'s most incompetent agents; The Man In The Yellow Hat and his little partner, Curious Jorge. Between mistaken identities of cases, and cases of mistaken identities, Stone and Ed are in for the trip of their lives.