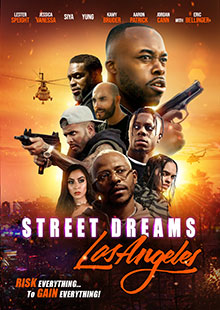 After a traumatic event that takes the life of a young Elijah Wilkins' childhood friend, Elijah meets an FBI agent that sets him on the right path. He vows to indirectly avenge his friend's death by becoming an undercover cop for the LAPD with hopes of working his way into the counterintelligence division of the FBI. When he stumbles upon a case involving domestic terrorism, Elijah sees this case as the perfect opportunity that could possibly usher him in the FBI, but not without risking it all.