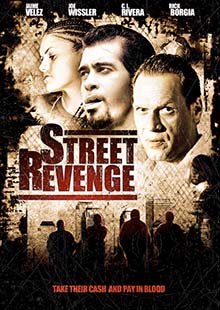 Gritty action illuminates a deadly street war between the notorious NY mob and a ruthless Latino street gang. As they each fight for control, chaos erupts and nothing but blood soaked streets are left behind.