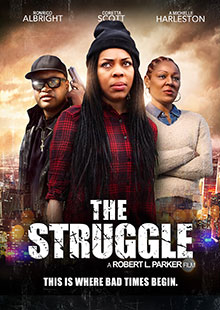 A story about Debra and her daughter, Tracey struggling in the heart of Memphis. Debra tries to keep her daughter out of danger and off the streets but it doesn't help with the surrounding of drug dealers, pimps and prostitution. It gets worst when Erin and her gang interfere in situations with Tracey and Kandi. That's when Tracey takes matters in her own hands.