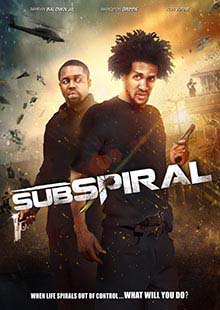 Subspiral is a dark and gritty urban tale of a young man who tries to avoid following the path of his wayward brother. Tru Hawkins has always looked to his older brother for guidance. Seeking a better life for his two children, Tru lands a 9 to 5 where he meets Nadine. Things rapidly spiral out of control as Nadine brings Tru into the very life he hoped to avoid. The actions taken by Tru do not only affect himself, but also the people around him. Can he escape the force within the spiral that seeks to pull him down? Or can he muster the strength to overcome the Subspiral?