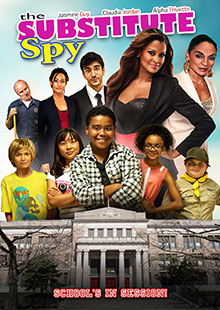 A group of kids obsessed with playing video games mistakenly uncover a plot by someone in their school to control the world. At their school, they start to notice weird things from students and faculty alike. While trying to uncover the cause of suspicious activity, they find out that their substitute science teacher is a secret agent sent to bring the bad guys to justice. The motley crew of kids believe their principal is the leader of this syndicate, but they soon discover that someone they never would have thought of is the mastermind intent on world domination.